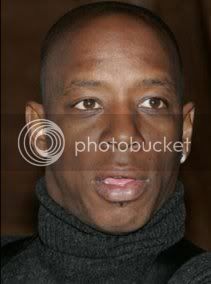 Ian Wright, a pundit on the BBC’s Match of the Day, is to step down from his role on the programme. He’s claimed that the BBC only hired him to be there as a “comedy jester” against the other straight-men pundits (Alan Hansen, Alan Shearer et al.) and he no longer wants to work for the station.

This INFURIATES me! Ian Wright wishes he was a comedy jester – he’s somehow got the mistaken belief that he’s incredibly funny and entertaining, and a real “man of the people”. He’s none of that. If Alan Hansen were giving feedback on Wright, Alan’s favourite phrases “mediocre performance” and “diabolical” would appear.

I have no idea why the BBC ever hired Wright in the first place, and I’m at a loss to say why they’ve kept him for so long.

Wright has also said that fans cannot relate to the current presentation of the programmes:

“I don’t know how long young people are going to want to sit down and watch that same old ‘jacket, shirt and tie’ format.”

Why not? What does he think we’d rather watch, football yobs sitting around in full kit?

There’s one thing every Apprentice contestant ought to learn before they go on the show. And that’s not to run around the house wrapped only in a towel after coming out of the shower, as Claire did this week. It’s just never going to be flattering.

Ahem, anyway, the two teams were summoned to the Tate Modern (why?) to meet Sir Alan and be told of this week’s task. After appointing Ian and Sara as the two team leaders, Sir Alan then announced that each team would be running a pub for a day – or, more specifically, running the catering for a pub for a day. This, to me, just sounded VERY HARD. I have enough trouble cooking as it is – but cooking for 100 people?

The girls decided on a curry theme for their pub – the King’s Head in Islington (great pub, by the way, I definitely recommend it) – or rather, the majority of the girls did. Claire was somewhat against the theme, declaring “curry is quite niche”. Not in the UK it’s not, love. I even had a TV curry dinner whilst watching The Apprentice on Wednesday. But Claire wasn’t to know that.

The boys, however, were more unanimous in their decision and went for “A Taste of Italy” at the Duke of Hamilton in Hampstead. Kevin – who looks like a nervous rodent to me – was appointed head chef. “I’ve eaten in lots of Italian restaurants” he proclaimed. Oooh, get you!

The boys then spent loads of time faffing. Half the team went off to a printers to print fancy flyers and menus. Given it was a one day task and the quality of the food was much more important, I think a bit of Microsoft Powerpoint and some home printing could have sufficed. The other half of the team went off to buy food supplies. WHICH THEY FAILED TO DO. What did they spend the whole day doing, in that case?? We were never told. Mysterious. In which case, it was off to Tesco the next morning. The boys’ total costs were a whopping £543; although they took more in revenue, comparing that to the £190.73 the girls spent on food and marketing, they were always bound to fail. (Perhaps they should have gone to Asda instead?)

Team-leader Ian brought in Simon (who I’ve decided I like – he’s a fighter) and nervous Kevin into the boardroom. Sir Alan made up some stuff to say about Simon – it was clear he was never going to fire him – and Kevin talked a good talk in defending himself.

It’s the little nose and close-together eyes that does it. Oh, and the rather nervous way of speaking.

That’s the baby of Ginger Spice, not a ginger Baby Spice, which would be Baby Spice with dyed hair…of course.

On Monday Geri Halliwell’s daughter, Bluebell Madonna, threw a tantrum at Los Angeles airport prior to a flight back to the UK with her mum. The tot, who’s just under two years old, threw a strop at security at LAX. I know the feeling, love, the security workers always just shout at you, don’t they?

Luckily Mummy Ginger Spice calmed her daughter down quickly and it was soon all smiles.

Reports that Bluebell Halliwell is to give Naomi Campbell tips on flying are as yet unconfirmed.

Last year’s Glastonbury took TWO hours to sell out. Believe me, it’s true. I tried get a ticket, but just found myself stuck in an endless cycle of refreshing browser windows. It was so tough, I actually fell asleep.

This year’s Glastonbury festival – held, as always, in June – doesn’t appear to be quite as popular. Tickets didn’t sell out when they went on sale on Sunday and today registration for the festival reopened. All attendees need to first register for tickets, including providing a photo, and then will they be allowed to buy the tickets themselves. (All  to do with beating the touts.)

Approximately 100,000 out of a possible 137,000 tickets sold on Sunday. I’ve just accessed both the registration site and the ticket site, and neither gives any indiciation that tickets are sold out. So now’s your chance – do it! As long as you like Jay-Z, that is. *rolls eyes*

Pete Doherty was sent to jail today. Yes, you read that right. He was sent to jail. No, he wasn’t once again let off by a judge as long as he absolutely promises, crosses his heart and hopes to die that he’ll never touch drugs again. He was actually sentenced to time in the slammer – 14 weeks in fact – for breaking his probation order. It means he’ll have to cancel a number of his gigs, including a performance at Glastonbury in June…ha!

A concert at the Royal Albert Hall, West London, on 26th April was also cancelled, causing his record company to state:

“Peter was very much looking forward to the show and would like to offer his sincerest apologies to all his fans and to all those concerned.”

Really?? He’s offering his sincerest apologies? If he’s actually sorry for messing up for the 79th time and failing those who actually support him and buy his albums and crap…well then, I think it’s okay. Perhaps he should be let off.

Lily Allen swapped her normally-dark do for blonde recently, at the advice of Kate Moss. Here’s the result:

Kate Moss is indeed a good friend to have, and clearly gives great advice. For apparently, Lily was unsure of what to do with her hair:

“Lily was asking Kate what colour she should dye her hair and they came up with blonde”.

Amazing! No doubt, Kelly Osbourne will next ask Kate what to wear for an upcoming awards do, and Kate will suggest “clothes”; Amy Winehouse will ask Kate what to eat so she puts on a bit of weight, to which the answer will be “food”; and Sadie Frost will ask what her next career step should be, to which Kate will reply “bag yourself a toyboy, have more kids, act all pretend-boho and just generally do nothing of note.”

One down, fiveteen remain. Who will become The Apprentice? (As the always say at the end of each episode.) Nicholas was fired last week, so the remaining contestants have to buck themselves up, wipe their tears* and move on to this week’s task.   *unlikely, actually

At 7am in the house, the phone rings. Cue some guy running crazily down the stairs in his boxers to answer. (Which begs the question – how come there is only ever one phone in The Apprentice house? And how can they hear it if they’re all upstairs sleeping, and the phone is downstairs?)

Ahem. The two teams are summoned to their computers to watch a message from Sir Alan. I was quite disappointed that these computers appeared to be HP laptops, and not giant Amstrad ones from the 80s. Oh well. Sadly, Sir Alan can’t meet the teams in person – he’s got a urgent matter to attend to of course – but luckily he’s got a webcam in his car so can record a video instruction for the teams. Clever thinking, Sir Alan. That’s probably what got him where he is today.

And it’s a laundry task! Each team will get use of an industrial laundry and will need to obtain clients to…well…launder stuff and make money. (But not launder money, of course.) Sir Alan has also provided some large-scale clients that each team have to pitch to to win their business. (It seems a fish restaurant manager counts as a large-scale client, even though his laundry seemed to consist of lots of jeans.)

Raef puts himself forward as team leader for the boys, Jenny does the same for the girls. Raef stammers a lot in his team talk, Jenny – well – just talks and talks and talks.  And is easily becoming one of the more annoying contestants of the series, acting like some kind of school marm from the 1930s as she tells everyone to “Be quiet! BE QUIET!” when she’s speaking. Later on, she seems to have something serious against Lucinda and tears strips from her, causing Lucinda to cry. Awww.

So, how goes the task? The girls – well – completely stuff up, not only pricing entirely wrongly but also managing to lose items of clothing belonging to their clients. (Which never get found – I wonder where those missing shirts went to?) So the boys are victorious! Off they go to the Ritz for tea and cakes. Bit of a poor prize, if you ask me.

Jenny, unsurprisingly, takes Lucinda into the boardroom with her and, surprisingly, Shazia. (Who was deemed responsible for the lost items.) And, as often happens, the unexpected one goes – poor Shazia was thought to have messed up the most, so off she went with her little wheely suitcase into a taxi to be driven through London’s dark night.

Here’s awful Jenny arguing with Lucinda and making her cry. I like how the BBC have now dubbed in Alice Cooper’s Poison on this clip! And it also contains the first “yuck!” bit of The Apprentice so far – Jenny proclaiming that at times during the task, it felt like she was having to breastfeed Lucinda. Sir Alan’s face says it all.